Miyagawa & The Town Surrounded by Forest

Odai Town is located in the heart of Mie Prefecture, stretching from the eastern borders to the western part of the prefecture. The 90 km long river, Miyagawa, considered to be the longest river in Mie Prefecture, runs two third of its length through the town of Odai.
Located to the west are Nara Prefecture’s Kawakami Village & Kamikita Village where you can find the borders of Japans third biggest canyon, Osugi Canyon.
Miyagawa’s upper eastern region, surrounded by 1’000 meter class mountains, are populated by mountain villages while Miyagawa’s central western region are populated by tea plantations and farm fields. Located west is the Yoshino-Kumano National Park, where approximately 90% of the land is covered by forest. 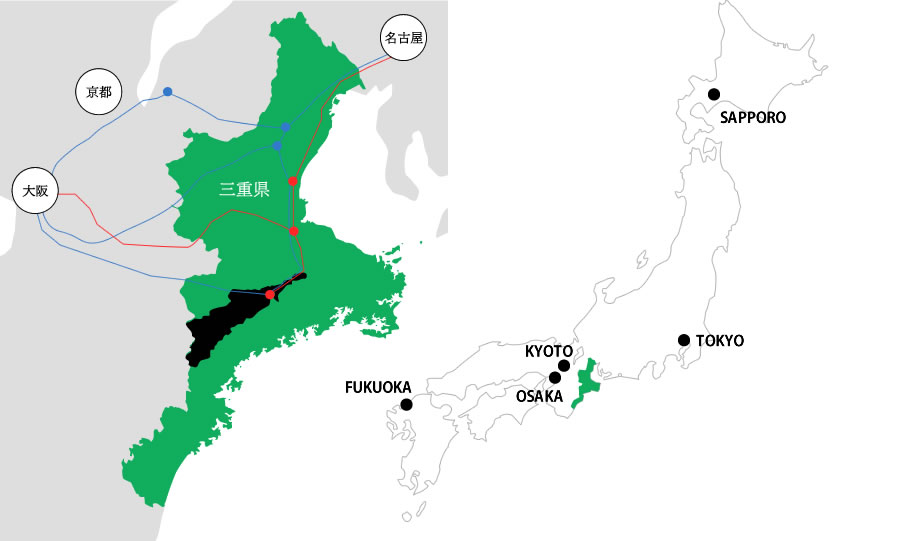 The Charm & Beauty of Mother Nature

According to the examination done by the Ministry of Land, Infrastructure, Transport and Tourism, Miyagawa’s water quality has been ranked Japans best for the past eleven years. This has brought a crowd of visitors with fishing and swimming activities in mind.
Osugi Canyon’s mountain trail and and the many mountains surrounding Mt. Soumon are visited by many mountain hikers regularly. This vast and bountiful mountain forest inhabit many wild animals and plants that visitors can spot during their hikes in the mountain forests. Odai Town also includes Japans top 100 waterfalls, Nanatsukama falls, Rokujuuhiro falls, Takigashirafudou falls and many more. The bountiful nature and scenery will sure to calm ones mind. 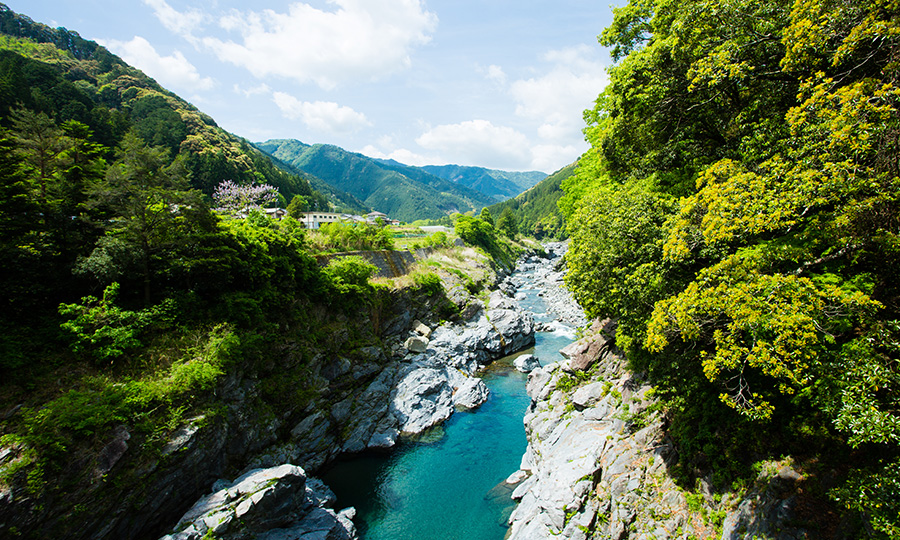 Our Goal, Co-Existence between People & Nature

The whole inner area of the town is appointed as one of the World Network of Biosphere Reserves (WNBR) by UNESCO (a.k.a. Unesco Ecopark in Japan/Japanese).
In contrast with the World Heritage Nature Reserve with the main goal of the protection and preservation of nature, the Unesco Ecopark’s main goal is for the co-existance between nature and human society. Japan currently holds seven of these parks as of 2016 (Odaigahara Omine Mountain & Osugi Valley, Shigakougen, Haku Mountain, Yaku Island, Aya, Tadami and The Japanese Southern Alps).
Odai Town is recognized by the world as an important source of natural resources, and so we will continue building a prosperous and sustainable society where both nature and human society can co-exist. 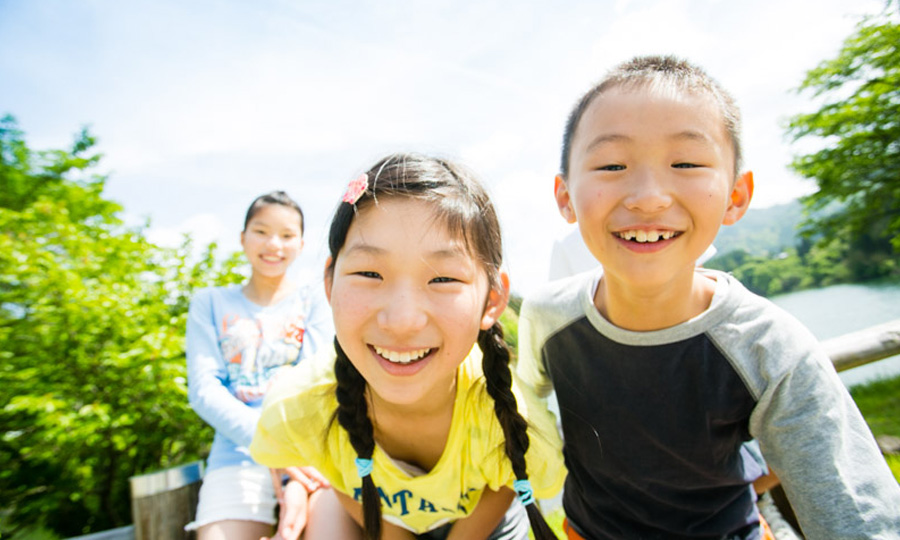 Trails of History & the Development of the Town

Odai Town has a history that goes back to paleolithic age based on the relics and historical ruins left behind as well as pasted on stories and tales of people living in the area.
It is said that the materials for the diety of the the grand shrine of Ise (Ise Jingu) was replaced many times before and the connection of the handing down of Yamato hime goes deep within the area. During the middle ages (Kamakura and Muromachi periods) Kitabatake’s control of the territory led to many vassals to live within the area and traces of the prefectual cultural assets like the fortress of Mise were also found among the ruins that remain in area. As Kitabake Gugyou was the Yashiro Ise Provincial Governer, this place also served as his deathbed when he was asasinated atthe end of his time.
The road Kumanokaidou that bounded Ise and Kumano where many pilgrims crowded the roads can also still be found even today. 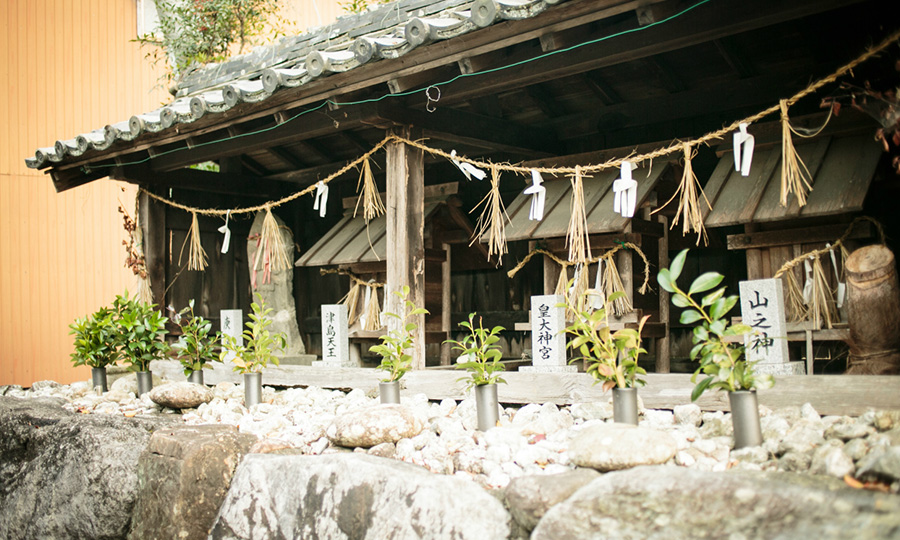 The Religious Roots of the Area

In the eastern part of the area, Kawazoe district, holds two grand festivals. One is the Yanagihara-Kannon Grand Festival. The temple’s official name Muryousan-Senbuku Temple, where Yumihiki-Shinji Tatematsu and Goma-Shugyou are performed. The highlight being Hiwatari, which roughly translates to fire-walking, where it is said to give you protection from illness and calamities. Held during February and August, visitors from within and outside the prefecture visit and joins in on the festivities.
The other festival is the Gomikaka Festival held at the Kawazoe Shrine. It is a festival held since the Edo period as one of the festivals for abundent crops. While marching through the town, the participants shout the words “Madaraku manzai”, the Yamisha-shinji and Naematsu-shinji are then proceeded. The festival is held each year during the end of February.
Other festivals include Summer Festivals held at different times and in each region. In Shimomise district, it is held on the 14th of August The traditional activity of Kakko Dance is then held. 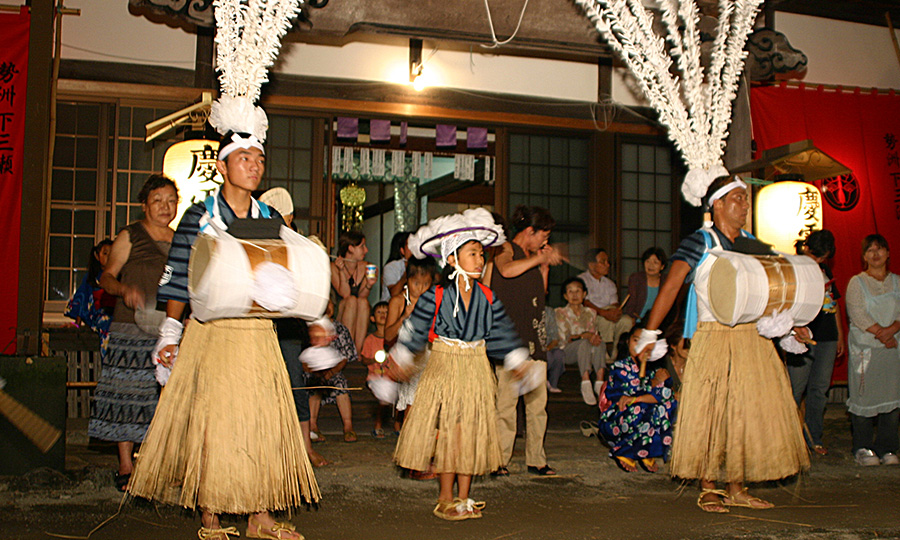 The towns key industries include forestry in the west and tea in the east.
Odai Town’s tea industry competes as a nation wide industry and has shown on many occasions excellence in its products. The mesophyll and thickness as well as fragrance of the leaves are the main specialities of Odai’s tea industry. The sales of Odai’s tea to the freshness of local homegrown vegetables and products are held at Michi no Eki Oku-Ise Odai where several visitors and locals gather.
As forestry being one of the main necessities for the towns industry, exists several forestry assosiations, one being the 3rd center companies for forestry in Japan.
The company Toyota has worked together with the forest industry of the town as well as Toyota found the industry to be of excellent quality. 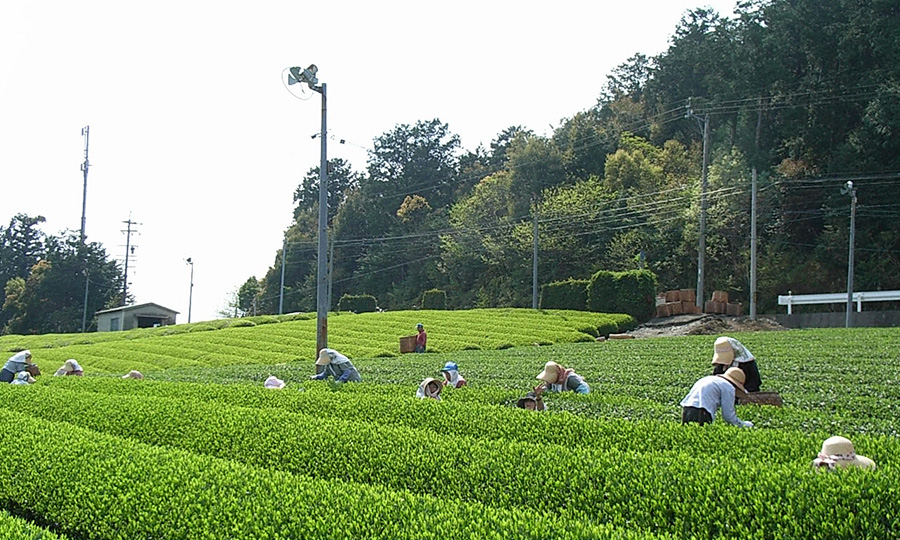